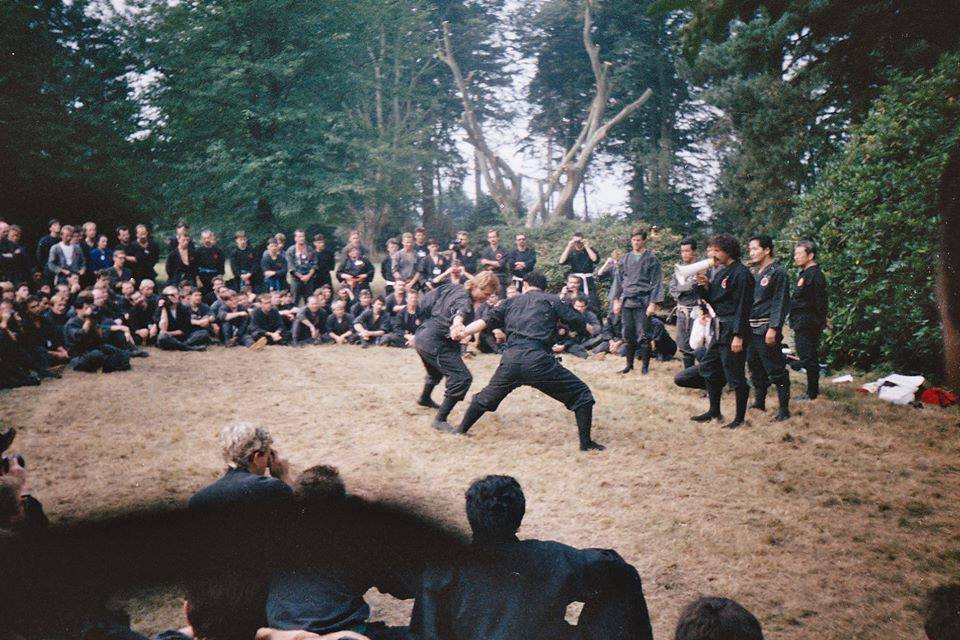 Photos taken at Sensei Masaaki Hatsumi, Soke of the Bujinkan on his first UK Taikai in 1987.

Do you see anyone you know, can you spot the familiar faces in the crowd?

Look closely and you’ll see a few familiar faces from the Shinobi Kai and a few old faces too.

Sensei Mark Lutman of the Koi Dojo Basingstoke and Portsmouth.

You can also put faces to the names so many of you will have heard us discussing, Nagato, Ishizuka, Doron Navon, Peter King, Dave Heald, Bo Munthe, Keith Lebhan, Jack Hoban, some you will have been lucky enough to train with.

Many of the most significant names in modern Ninpo history, too many to mention.