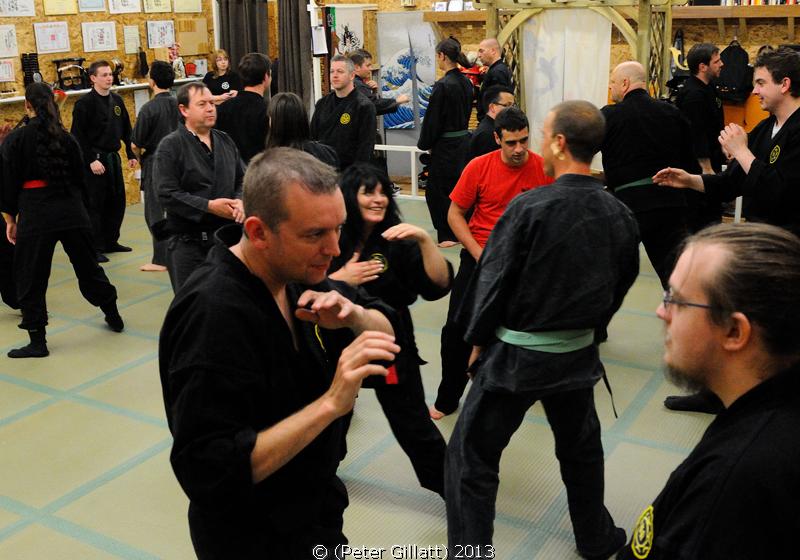 All classes now up and running and in line with Covid Guidelines.

Sundays – Second Sunday of every month 1PM to 5PM. Weapons of the Shinobi and Koryu Arts.

New students welcome, aged 18 and over only.

No experience necessary, classes suitable for men and women.

We study Ninpo Tai Jutsu as practised within the Togakure Ryu (school). Many martial historians believe that the majority of (Japanese) arts we see today have their roots in this system.

The Togakure Ryu has a documented history dating back to the Oho era (1161 – 1162) and is one of the oldest martial ways in the world. Its origins lie in the Iga Mountains of Japan where it is believed to have “been born”.

Togakure Ryu is a collection of nine extremely old martial schools, blended into one definitive fighting system. The fundamental principles and tactics of Nin Po Tai Jutsu are simple. To survive and defeat your attacker in the most effective and expedient way possible.

Senior instructor Mark Lutman has been graded by the Grandmasters of the only two schools of Nin Po Tai Jutsu in the world, and was awarded Menkyo Kaiden, (mastery of the school) licence in 2006.