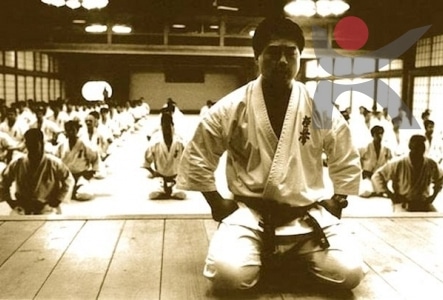 Gyokku Ryu, literally translated as “The Jade Tiger School”, is probably one of the most effective empty hand martial arts being taught today.

The techniques emphasized in the Gyokko school are;

As you can probably tell, Gyokko Ryu is not a competition based style of martial arts; its techniques were formed and honed on the battlefields of Japan.

The striking (Atemi) techniques are devastatingly effective, designed to destroy and incapacitate the attackers weak points as quickly and effectively as possible.

It is NOT a sporting martial art.

Myth describes Cho Gyokko as the teacher who brought the school to Japan from China during the Tang dynasty.

It was handed down from generation to generation.

Its sister school is the Koto Ryu, also created by Toda.

Both Gyokko Ryu and Koto Ryu were taught by Toda to Momochi Sandayu, who carried on the traditions until the late Tokugawa period (mid (19th Century).

For more information on  these classes contact the Koi Dojo on the Shinobi Kai Classes page or contact us by email; mark@shinobikaiuk.co.uk