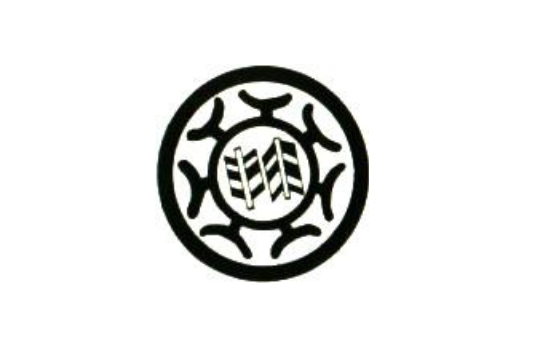 Togakure Ryu Ninpo; “hidden door” Ninjutsu “concealing arts”, “stealth arts” or “patient arts”
The second oldest of the nine traditions, this Ryu forms much of the basis for the Ninjutsu techniques taught in the Bujinkan.  Togakure Ryu Ninpo includes various punching, throwing and levering techniques.  It is known by low and wide stances and also by very strong punches, which are mostly directed towards opponent’s eyes, ears and diaphragm.
This system is famous for its use of such weapons as shuko and shuriken.  Daisuke Togakure reportedly founded it in the late 1100’s.  The emphasis is on escape and spying.  Ninjutsu involves the use of little gadgets, espionage, concealment, sabotage, breaking in and escaping, etc.  Togakure Ryu uses a lot of techniques that incapacitate, often brutally, and is very deceptive.
Along with Tai Jutsu, this school includes the arts of Ken Jutsu (sword), So Jutsu (spear), Naginata Jutsu (halberd), Bo Jutsu (sticks), Jutte Jutsu (multiple bladed dagger), Tessen Jutsu (fan), Ka Jutsu (fire), Sui Jutsu (water), Onshin Jutsu (invisibility) and three school secrets, named Sanpo Hiden, which are Shuko (hand claws), Senban Shuriken (throwing daggers), and Shinodake (bamboo tube for breathing under water).

Gyokko Ryu Koshi Jutsu; “jeweled (or pearl) tiger” Koshi Jutsu “bone finger art”
Gyokko Ryu Koshi Jutsu emphasizes striking weak or soft and vital areas of the body with the fingers and toes.  As in Koto Ryu, the system consists mainly of strikes and joint locks, but lacks any real throws.
Most of the techniques comprising the “Kihon Happo” are found in this system.  Its movement tends to be circular and small, and techniques often flank the opponent.  The oldest of the nine traditions, this style is heavily influenced by Chinese Kenpo and is known for its Koshi Jutsu attacks to muscles and soft organs, also using fingers and thumbs for ripping and tearing.
Cho Gyokko who was said to have fled China during the Tang Dynasty around 900 AD originally founded Gyokko Ryu.  This Ryu forms much of the basis for the Bujinkan system including the Kihon Happo.

Koto Ryu Koppojutsu; “tiger knockdown” Koppojutsu “bone structure art”
Koto Ryu Koppojutsu emphasizes using the opponent’s bone structure and skeleton to defeat him.  Strikes are generally targeted to areas that disrupt spinal alignment and locks are applied in the same fashion.  This system consists of mostly striking and some joint locking, but has no full body throws.  Movement tends to be linear, and 45- degree angles are a trademark of this system.
It is thought that the Koto Ryu came from China via Korea, by Chan Busho, a Chinese warrior.  The school was eventually passed on to Sogyokkan Ritsushi who was also Soke of Gyokko Ryu and with him the two schools were brought completely together.  Regardless of this they were taught and passed on to the next generation as separate schools within the same lineage.  These two schools complement each other.
Koto Ryu uses short distances between opponents; Gyokko Ryu uses long distances.  Koto Ryu techniques are quick and straight to the point; Gyokko Ryu techniques are more complex.  Koto Ryu concentrates on striking; Gyokko Ryu on locks and throws.

Takagi Yoshin Ryu Ju-Tai Jutsu; “high tree raised spirit” Ju-Tai “soft art”
Takagi Yoshin Ryu Ju-Tai Jutsu specializes in grappling and throwing techniques similar to aikido and judo.  However, unlike judo and aikido, this style makes it difficult for the opponent to make Ukemi (to fall or roll safely).
This Ryu is known as the “bodyguard school”.  Ju Taijutsu uses an opponent’s force against him. No resistance is offered, but rather the opponent’s direction of movement is enhanced and used to defeat him.  Ju Taijutsu was frequently used by police and in more civil settings than other, more battlefield oriented arts.

Shinden Fudo Ryu Dakentaijutsu; “Immovable Heart School” Dakentaijutsu “hard weapon body art”
Dakentaijutsu has throws, strikes, locks, and kicks done in a fairly straightforward manner. It uses the body as a striking weapon and often seems “hard” in application. The Shinden Fudo Ryu was known for its use of nature as an ally, and techniques are often very casual looking.
The founder of this school, “Izumo”, learnt Chinese Kempo boxing.  Today some of this is still noticeable within the techniques.

Gikan Ryu Koppojutsu; “Truth, Loyalty, and Justice School” Koppojutsu.
The Gikan Ryu Koppojutsu is scarcely seen by members of the Bujinkan, but its techniques tend to be very direct and hard.
This style is known for its low stances, with much of the footwork within the Bujinkan system coming from this Ryu.  This Ryu was originally founded by Uryu Hangan Gikanbo in the mid 1500’s and specializes in Koppojutsu or bone-breaking techniques. T his Ryu contains many special kicks, punches and throws.

Gyokushin Ryu Ninpo; “pearl heart” Ninjutsu
Gyokushin Ryu is the second Ninjutsu Ryu in the Bujinkan system.
Not much is known of this Ryu except that it is an Iga Ninja school and concentrated more on the espionage side of Ninjutsu, rather than the fighting side.  It is also known for its use of Sutemi (sacrifice) throws.
It is believed that, the founder, Sasaki Goemon, was originally from the Gyokko Ryu or that the techniques of Gyokushin Ryu are based on the Gyokko Ryu.  Gyokushin Ryu Ninpo was founded in the mid 1500’s.  This school is partially directed towards Cho Ho (spying).  The main characteristics of this school are said to be Sutemi Nage (sacrificing throwing).  This school preferred spying rather than combat, but it is known that many forms of Nage Waza (throws) were used.

Kumogakure Ryu Ninpo; “hidden cloud” Ninjutsu.
The third of the ninja Ryu, it uses similar Tai Jutsu as Togakure Ryu, and is also known for double blocks and strikes.
The Tai Jutsu of this school is very similar to the Tai Jutsu of Togakure Ryu.  The main differences are, that in Kumogakure Ryu jumps as well as multiple blockings are used.  The specialty of this school was Kamayari (sickled spear), which was also used for climbing on the ships.
Another special weapon, used by warriors of this school was also Ippon Sugi Noburi, which was made of a 25cm long metal tube with three spikes, and through which a long chain with hooks at its ends was laid.  This weapon was used for combat as well as for climbing.
Also used was the Demon Mask, sometimes worn by the members of the Ryu, for masking their faces and for shocking the enemy.  It may from here that the Kikaku Ken strike (“Demon Horn strike”) has originated.